Ustaad Qari Abdul Razzaq Zahid was born in Ghoinke, Sialkot, Pakistan. After his initial high school education, he joined the Jamia Islamia Lahore in 1989 and completed dual degrees of Masters in Islamic Studies, and Masters in Arabic. From there,in 1995, he was selected among the lucky few and went overseas to continue his education in the Islamic University of Medina in the blessed city of the Prophet (Peace be upon him). After the completion of his specialization in Hadith, he was honored and continued to teach within the blessed mosque of the Prophet (peace be upon him) for a period of six years as an authorized Mudaris (teacher) within the Harum (sanctuary).

After returning to his home town in Pakistan, Qari Abdul Razzaq continued to excel in providing quality Islamic education to students and general public. He has authored variousarticles, and also publisheda book on social issues in Islamic society. For the last 18 years, he has been in a leading role in the Imam Bukhari University (Sialkot) where he has completed various courses on Usool Hadith, Hadith explanation, Usool Tafseer and Tafeer of Quran multiple times to hundreds of students. He is also very active on the internet and is among the pioneers of providing online Tafseer classes for the Urdu speakers around the world.

Since his return from the city Medina, Qari Abdur Razzaq has been serving his community as the Imam of the local masjid. Moreover, he has provided regular and online classes to thousands of people in his community and abroad. Because of his sound knowledge, training from the best scholars of the ummah, and his fluency in in Arabic andUrdu, and a good command over the English language, he is able to appeal to abroad spectrum of students of all ages from all around the world. 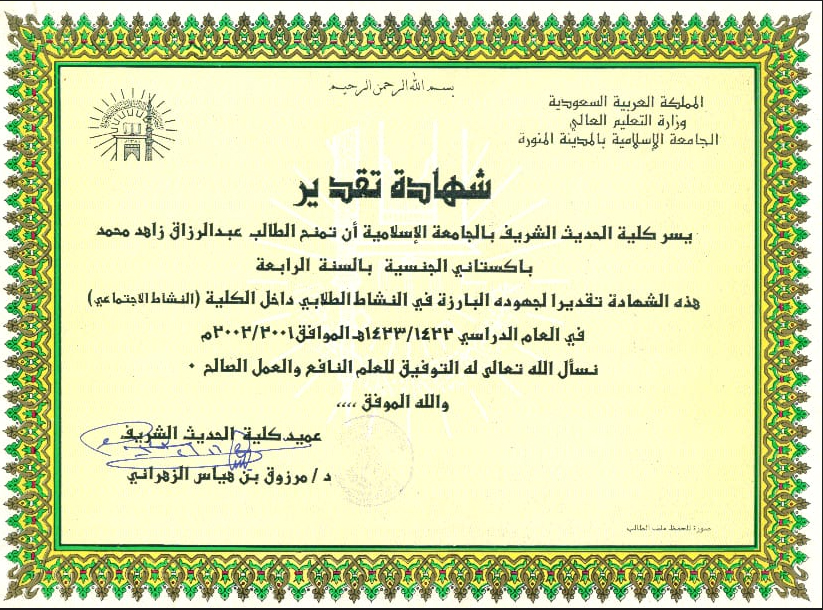 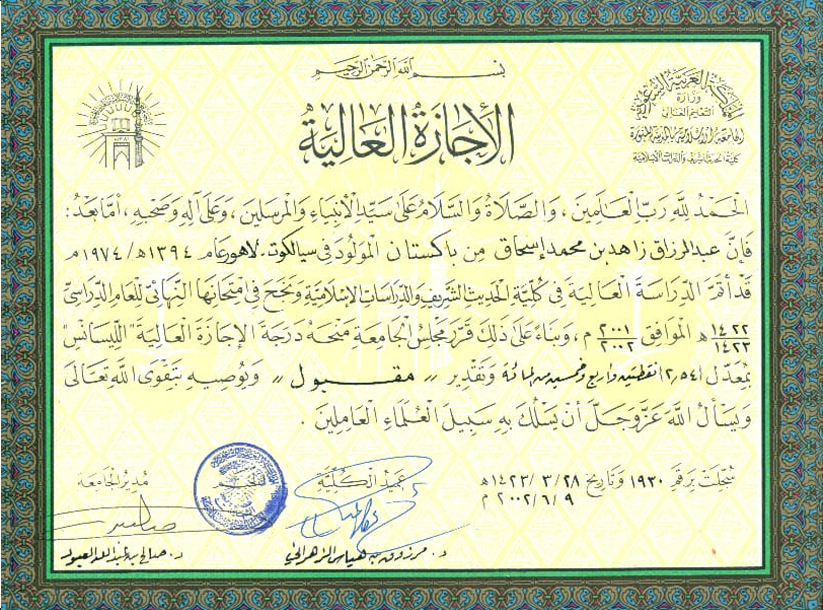 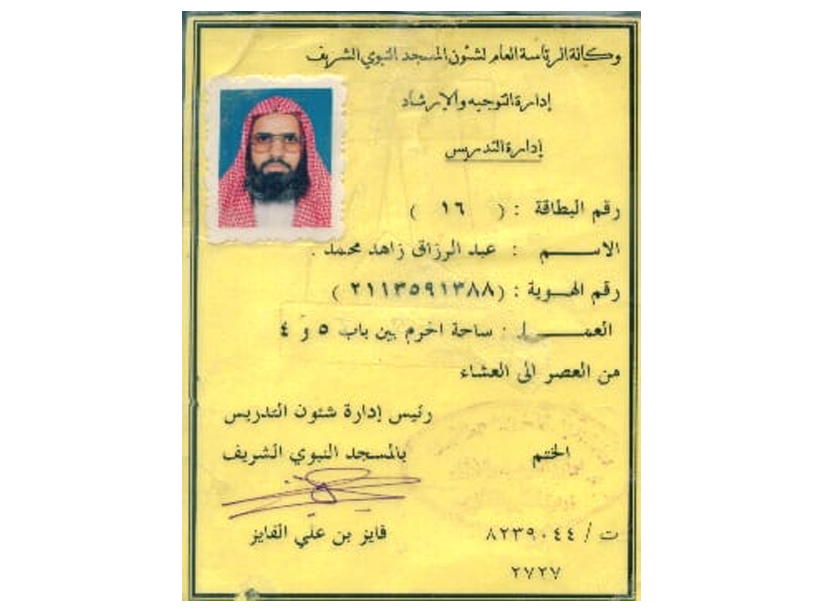